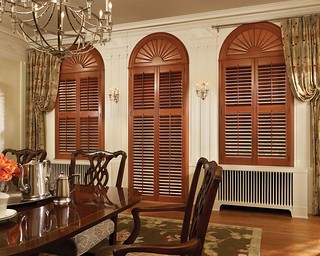 When it comes to interior decoration, basswood blinds is one of the top choices of homeowners in Corona. Basswood shutters are elegant and functional. In addition, a homeowner can customize these blinds according to their preference.

Basswood shutters are known for their durability. Homeowners can be confident that plantation shutters made of basswood are not susceptible to bowing.

Basswood shutters exude timeless elegance and look great whether in a plantation house or a city apartment. Using these blinds can make the interior of a California house stylish. Whether your home's theme is rustic, classic, or modern, you can be confident that your basswood blinds would complement it.

Apart from aesthetic appeal, basswood shutters offer several other advantages which should not be overlooked, especially by homeowners in Corona. The following are some examples:

One of the main reasons why basswood blinds are good for the ecosystem is that producing them requires less energy as compared to shutters made of steel or plastic. This reduces the carbon footprint of basswood blinds.

Another factor is that basswood shutters have properties which allow them to retain heat during winter. During summer, basswood blinds are able to repel heat. These features inherent in basswood shutters help boost energy savings for California homeowners

Also, basswood blinds are made of sustainable materials. Basswood shutters are definitely a great choice for California homeowners who care about the environment and want to reduce their carbon footprint.

A California homeowner does not need to remove his or her basswood blinds to clean them. Instead, a Corona resident only has to dust the shutters. This helps Corona homeowners save time and effort. In addition, they don't have to buy special cleaning products just to make their shutters shine.

Basswood Shutters Are Made of High-Quality Wood

All of the basswood blinds offered by Luxury Window Fashions are manufactured from North American basswood. You may choose among the different sizes of basswood blinds that we have available.

Advantages of Having Basswood Shutters in Your House

There are several kinds of shutters that a homeowner can choose from. However, some may not be aware of the advantages that basswood shutters have over other window treatments. Read on to learn why these wooden window treatments are a must for every Corona home:

Since basswood shutters are made of solid materials, they can easily keep out rain. You don't have to worry about water seeping in and damaging your Corona house's interior even if there's a storm or a heavy rain.

What to Look for in Quality Basswood Shutters

Many Corona homeowners would want to have quality basswood shutters for their houses. However, they should do their research before shopping for basswood blinds. Not all of them are made with workmanship or durability in mind.

There are different ways a California homeowner can identify whether a basswood plantation shutter was made to last. The following are some things to look for when you're shopping for basswood blinds in California.

Shutters Should be Expertly Finished

The paint or stain applied on the shutter offers additional appeal. Also, a quality finish provides a protective coating to the shutter itself and keeps out dust as well as moisture.

The finish of a wooden shutter should be smooth and thick. Touch its surface—you should not be able to feel the wood grain under the paint. If you can, then it’s likely because it wasn’t finished correctly.

At Luxury Window Fashions, we apply a quality finish to all our basswood shutters. Apart from making them look more attractive, the finish adds a protective layer to the wood and enhances its durability. We also offer free installation to residents who have purchased any of our window products. You can check our website to get more information on our basswood shutters.

Shutters Should Be Made With Quality Materials

Every California homeowner will always want the best for him or herself. Choosing the highest quality basswood shutters is no exception.

You should make sure that the shutter’s components, like the louver tension, are functioning properly. Also, it is essential that the workmanship on the mortises and rabbets are exquisite since these will contribute to the sturdiness of the shutter itself.

Decorate Your House With Basswood Shutters From Luxury Window Fashions

Luxury Window Fashions offers wooden shutters that are made from North American basswood, a material known for durability and quality. Apart from basswood shutters, we offer curtains and other window treatments. Get in touch with our team today for more information.